Last month we were hit by the bombshell that Titanfall in accordance with the rumours will be returning to our consoles in a second addition of the online multiplayer shooter. Respawn dropped the first teaser of Titanfall 2 on us today, it’s short but it’s ever so sweet.

Lasting only about 30 seconds we don’t see much, as the camera crests a ridge we see a slowly opening drop pod, the camera zooms into the drop pod with a very familiar sounding south African voice providing voice over.

Respawn saved the best till last, as the pod finally opens the leg of a Titan comes into the shot, like a bolt of lightning a damn mech sword plunges into the ground and the teaser ends.

Apart from the epic introduction of mech swords gamers have more that they can get excited about. The voice over seems to point toward the elusive Titanfall campaign that we have all been screaming for since the first game hit the shelves. In all honesty, Respawn could have just left it at Titan’s carrying swords and i would have been fully satisfied but the inclusion of a campaign will hopefully fill in some of the many exposition blanks from the first game.

If you need more Titanfall your going to have to sit on your hands for a while, not for too long however as the Teaser ends with the news that Respawn will be having a worldwide reveal on June 12th.

Titanfall 2’s teaser couldn’t be better, giving me all the goose-bump tingliness that i could possibly have hoped for. Leave your comments below if you want to tell us how excited you. In fact, if you just want to comment on the mech swowon’te wont judge you. 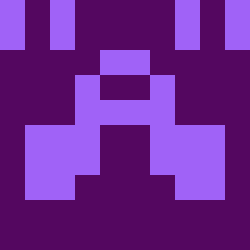 This site uses Akismet to reduce spam. Learn how your comment data is processed.

How you got to this page

A lot of people liked these stories. We don’t know why.

May we email you? No spam, honest.

A lot of people liked these stories. We don’t know why.

We wrote some new stuff. See?

May we email you? No spam, honest.